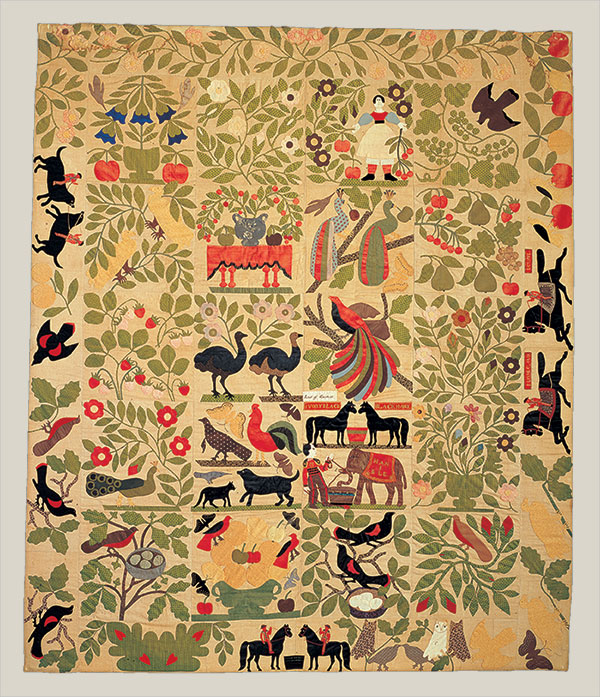 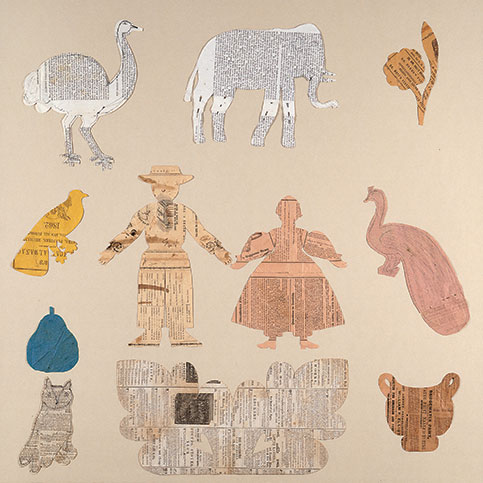 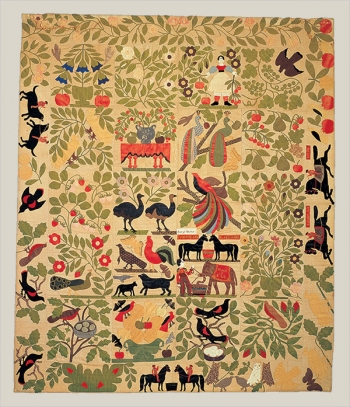 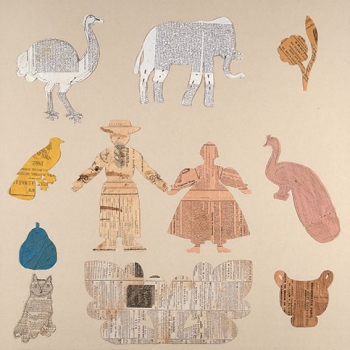 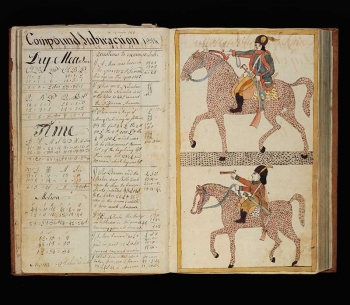 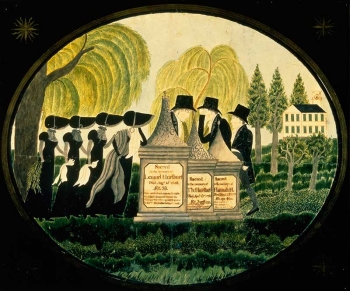 This joyful appliquéd quilt top abounds with images that evoke marriage, fruitfulness, family, and home: a table laden with wine and food; birds hovering over their nests of eggs; pairs of animals. The border is alive with flowers, leaves, birds, butterflies, gamboling animals, and race horses with their names carefully noted on fabric labels. One unusual block features a bird of paradise, and another the animal trainer Benjamin Frank Thomas with his famous elephant, Hannibal. The horses depicted include the champion Morgan racehorse Black Hawk and some of the sons he sired.

The templates used for the appliqués were cut from newspapers and, remarkably, have survived with the quilt top. They encompass the years 1858 through 1863 and were published primarily in Poughkeepsie and Albany. During those years, Hannibal was performing in the Van Amburgh circuses that appeared in New York City and traveled throughout the Hudson Valley, reinforcing the quilt top’s association with that area. A careful visual reading shows that the center appliqués are devoted to fertile imagery, crowned by a female figure at the top. The block next to her, though, has only botanical appliqués. The paper templates include a male figure, clearly intended to also be placed at the top. As the quilt was made during the years of the Civil War, it is surmised that the intended husband did not survive, and the quilt was never finished.

Please note the Templates for the Bird of Paradise Quilt Top are not currently on view at the American Folk Art Museum.