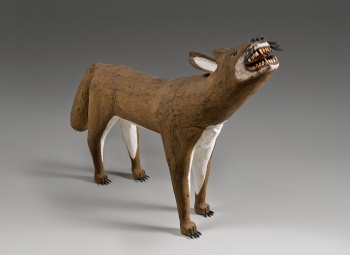 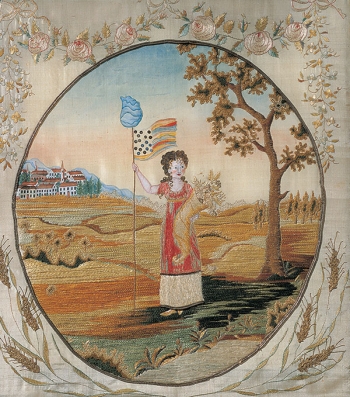 I asked God for some kind of miracle, some kind of a thing to do, to give me something to make my life with. I started carving and they just come out of my mind after that.
—Felipe Benito Archuleta

Felipe Benito Archuleta is known for his ferocious life-size animals, created with a chain saw and detailed with a pocketknife. In 1964 Archuleta reported a vision instructing him to make woodcarvings. The connection with the supernatural and the afterlife is remarkably common ground for many self-taught artists. It explains their artistic impulse but also provides a context for being uprooted and redefined with new foundations. Art historian Michel Thévoz suggested in an article referring to mediumistic artists (historically related to art brut) that this “relation” is an alibi for the “common man” who is afraid to proclaim himself an artist. The attribution to a mission bestowed by uncontrollable powers could serve as a way to evade condemnation by relatives or members of the community, who perhaps could more readily accept the fate of creation than an irrepressible drive coming from within.