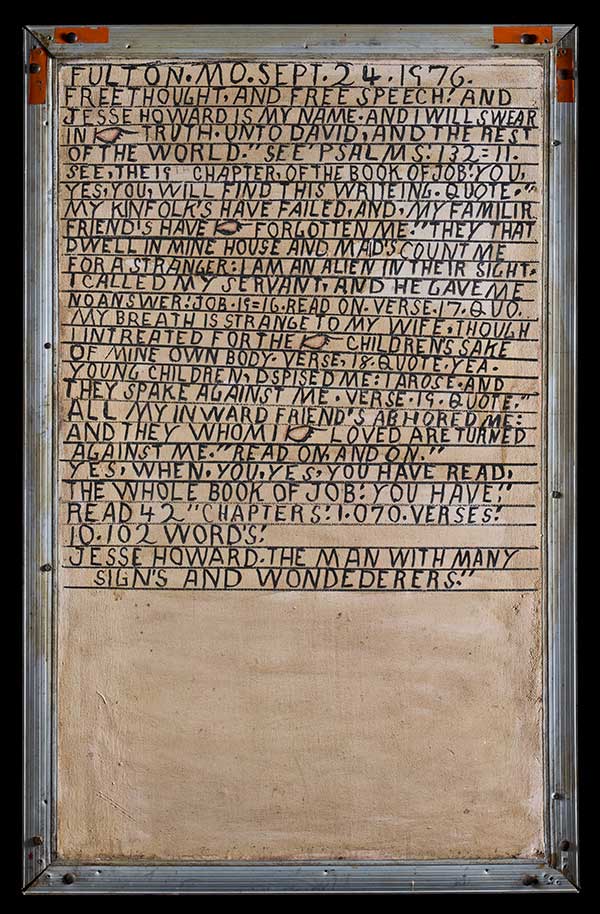 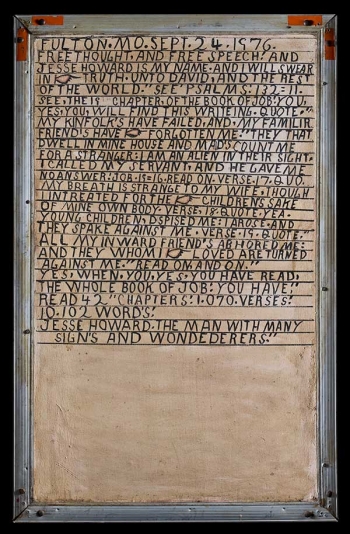 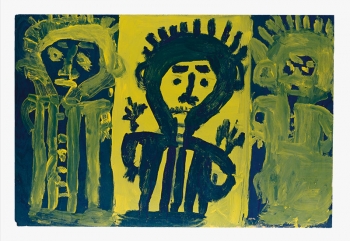 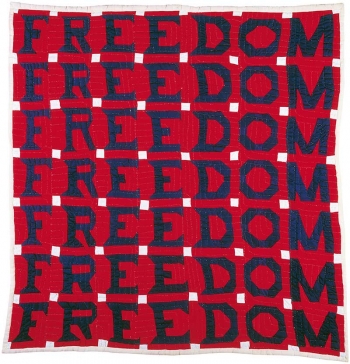 Jesse Howard filled up his house, his land, and the surrounding fence with hand-lettered painted panels. Words became his artistic medium—black lettering patterned with red highlights and punctuated with incriminating pointing fingers. Signs of protest and free speech relevant to his own life experiences and personal torments, they stand as accusations to his vandals, commentaries on politicians, and lessons from various biblical verses. Similar in terms of communication strategy and physical structuring to the environments of Sam Doyle and Mary T. Smith, this self-referential site, private in content, intervened nevertheless in the public sphere, as if the creator was speaking out loud. Opinionated and vocal, Howard was engaging passersby with his radical ideas and views.