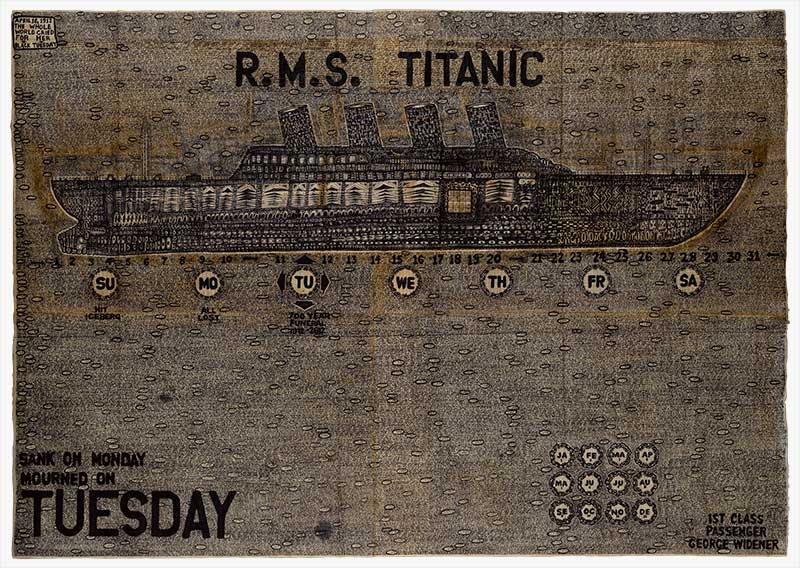 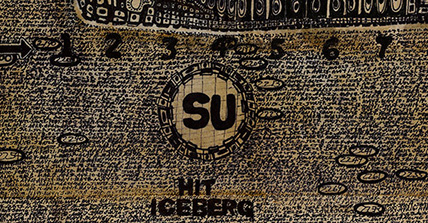 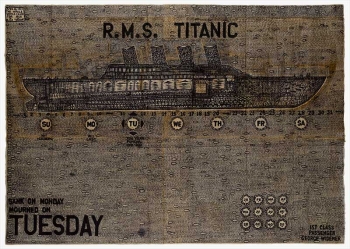 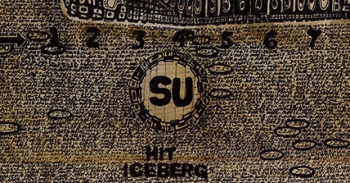 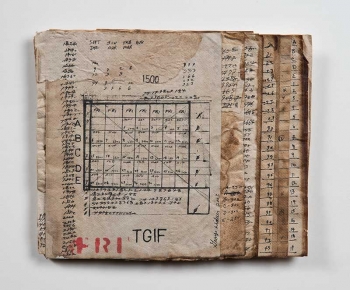 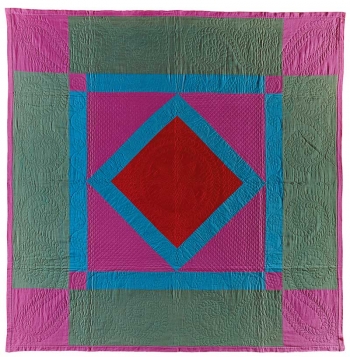 Diamond in the Square Quilt

The artworks of the high-functioning calendar savant George Widener are generally covered with inventories and patterned with piles of matching rubber-stamped dates, following an established cycle and infinite sequences. Vessels, megalopolises, and square grids are planned “with calendar dates, then it helps them improve,” explained the artist. They structure his search “to make order out of the chaos” and somehow anticipate catastrophes. Many of his works immortalize tragedies. Widener notes that certain types of incidents have occurred on the same day of the week, and so that very day may engender similar incidents in the future. When Widener was a teenager, he came across a passenger list of the Titanic and discovered that one of the victims coincidentally shared his name. This large drawing translates his fascination for this history. Even though the ship sank on a Monday, here he emphasizes that it was “mourned on Tuesday.” Every Tuesday for seven hundred years, starting on April 16, 1912, is included by date; the number of Tuesdays approximately corresponds to the number of people rescued from the sinking ship.