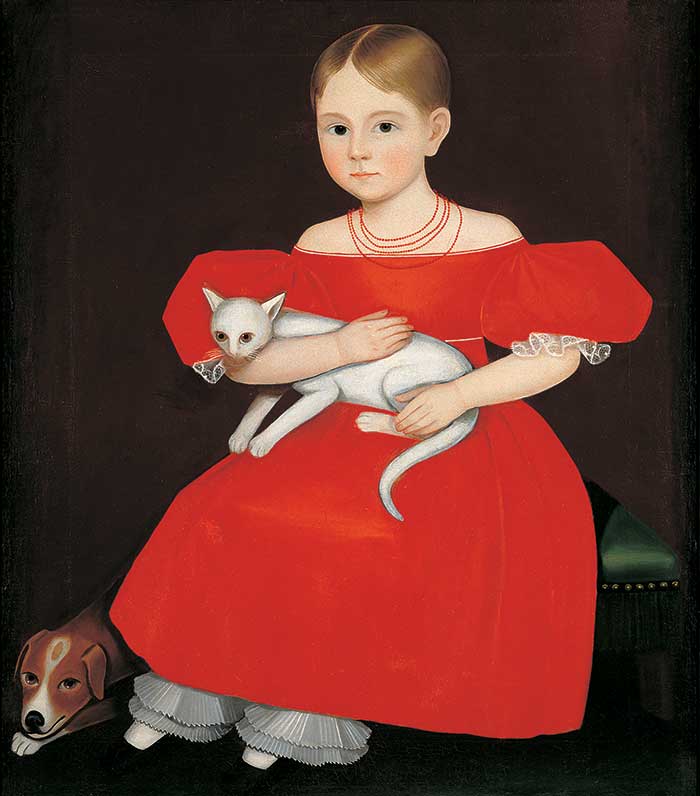 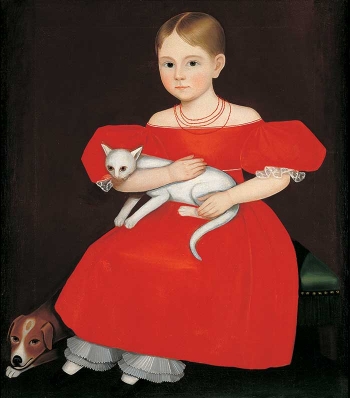 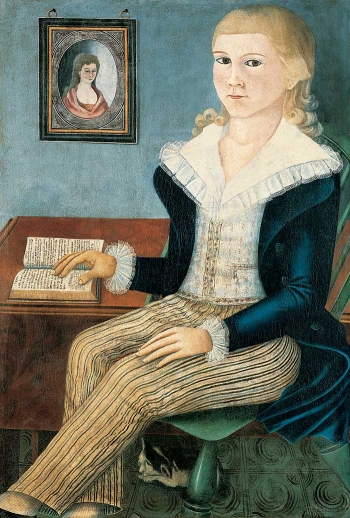 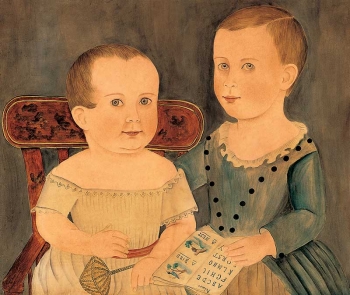 Girl in Red Dress with Cat and Dog

Despite the serenity of hundreds of sitters painted by Ammi Phillips, the artist’s life was dramatically bookended by almost incomprehensible events: he was born in the optimistic dawn of the newly formed United States of America, and he died with the country riven by the Civil War. The name “Ammi” derives from the biblical book of Hosea and means “my people.” His works paint a picture of national unity through incisive portraits of friends and neighbors, primarily in the border areas of Connecticut, Massachusetts, and New York.

Phillips’s career is characterized by dramatic shifts in palette and style, from the light-suffused visions of c. 1815 to the color-saturated and stiffly staged portraits of the 1850s and ’60s. Girl in Red Dress with Cat and Dog was painted during the artist’s so-called Kent period, which lasted from about 1829 through 1838. It is one of several portraits of children wearing similar red dresses and seated with a small dog by their feet. One cannot regard the group without equating their geometric precision and luminosity of large fields of pure color with religious art of the Middle Ages. The symbolic association of rare and costly colors with specific religious figures, such as vermilion used for the robes worn by Mary, is also echoed in this portrait. A clue to Phillips’s professional longevity, even after the introduction of photography, may lie in his earliest known advertisement of 1810, wherein he promises to provide “correct likenesses . . . in the prevailing fashion of the day,” a pledge he was to fulfill for more than fifty years.