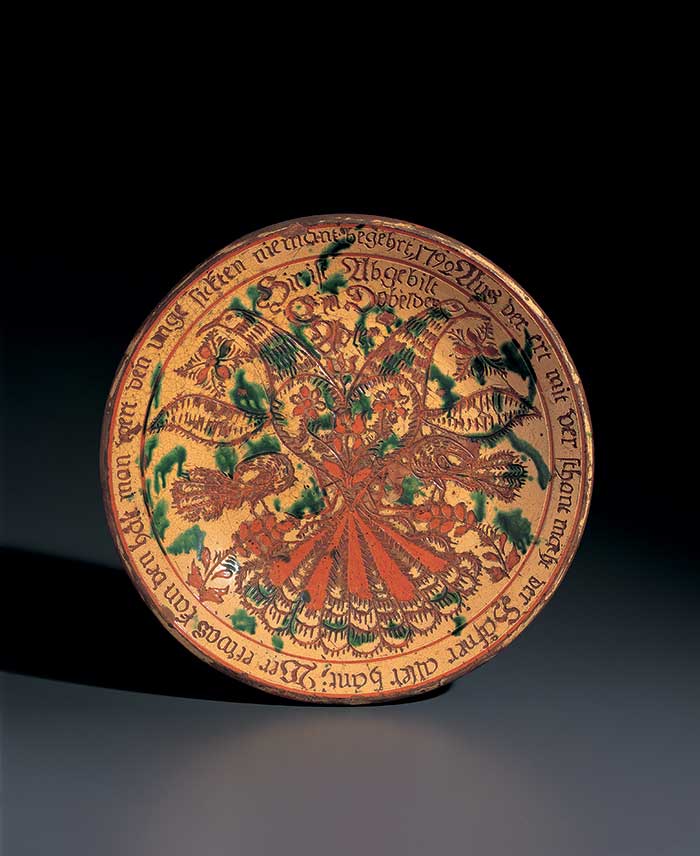 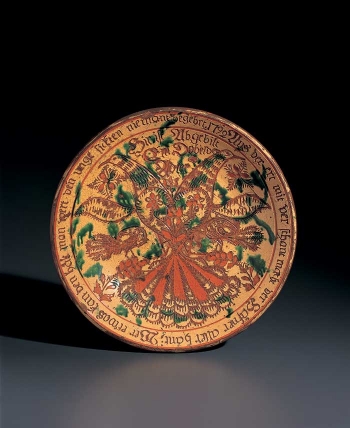 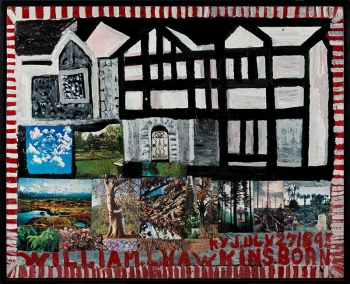 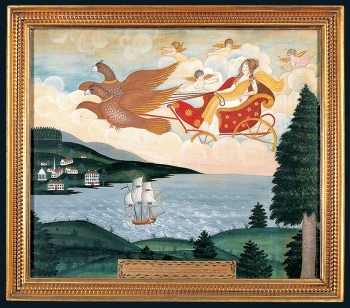 The words that master potter George Hubener inscribed around the circumference of this deep dish perfectly express the level of excellence that can be attained only through a complete sympathy with one’s material of creation. Incised through the wet slip and into the red clay body are words in German that translate as: “1792 out of the Earth with understanding The Potter makes everything. He who can make something is esteemed. The unskilled no one regards.” Above the image Hubener has further written: “This is a Double-Headed eagle.”

Hubener may have apprenticed with Moravian potter John Ludwig Huebner or John George Sissholtz. His plates are fashioned in a traditional Continental form of a deep dish and are wheel-thrown, resulting in deep angular walls, a flat bottom, and a thick, out-turned rolled rim. Most of his surviving wares are inscribed with dates from 1786 to 1793; this example is a tour de force of traditional Southern German motifs: the double-headed eagle, a peacock, a heart, and tulips. Hubener established his own pottery, but after 1797 he is documented in Chester County as a mill owner rather than a potter.