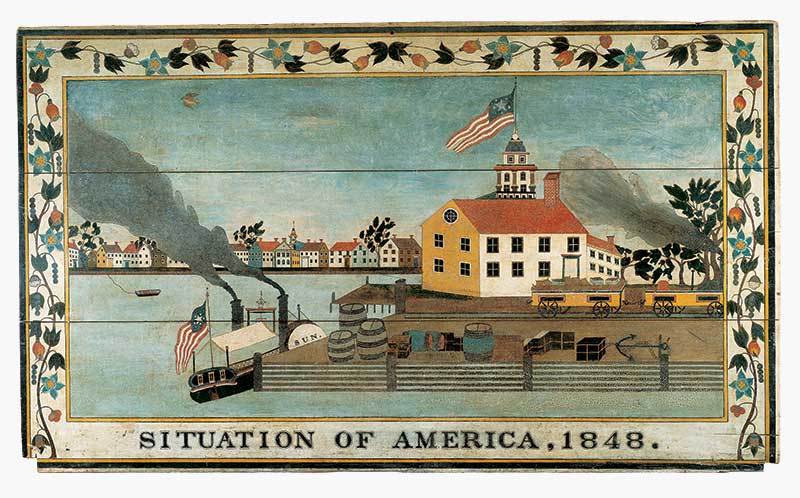 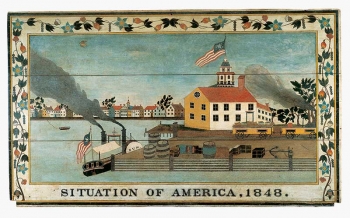 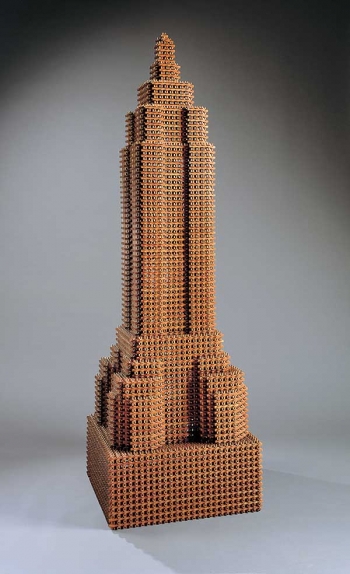 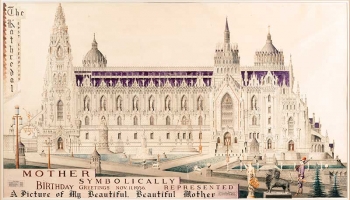 Overmantels, decorative panels set above the home’s central hearth, present some of the earliest landscapes painted in America. Such works of art were complicit in presenting a picture of bright optimism for America’s citizens, and also for visitors from abroad who flocked to observe America and Americans. In their letters home, some nineteenth-century visitors described how they were struck by the brightness of the climate and the freshness of the paint on colorful houses that lined the streets of cities like New York.

The overriding focus of this overmantel, which may have adorned a fireplace in the Squire Phillips home in Brookhaven, Long Island, is progress. It depicts the New York City skyline from the Brooklyn docks across the East River. Plumes of steam issue from the paddlewheeler Sun and the freight train hauling goods between producers in America’s heartland and the New York waterfront, a major distribution point for export to foreign markets. Historically, the situation of America in 1848 included such seminal events as the addition of Wisconsin as the thirtieth state, the discovery of gold in California at Sutter’s Mill, and enormous land expansions in the Southwest at the conclusion of the Mexican–American War.